(Val Wilmer would like to make it clear that she is not now, now has she ever been, a wearer of crimplene.) 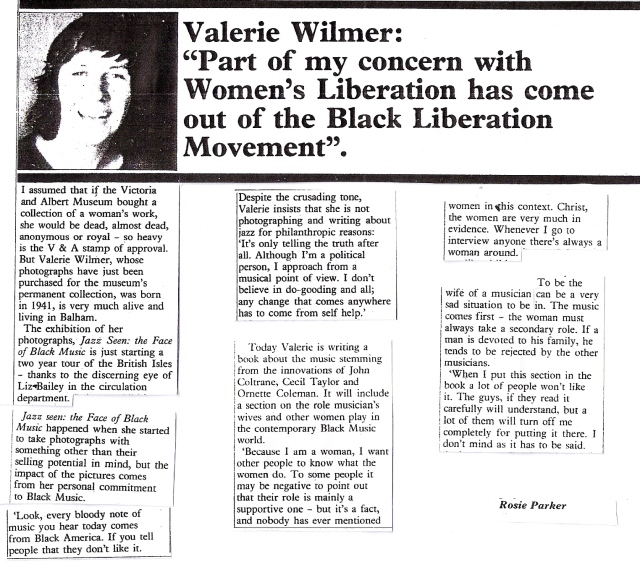 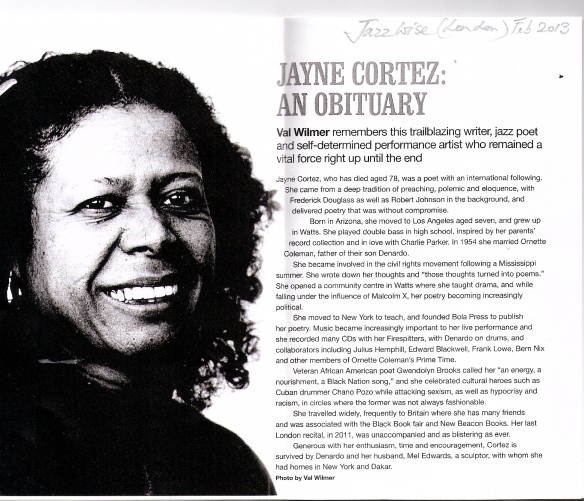 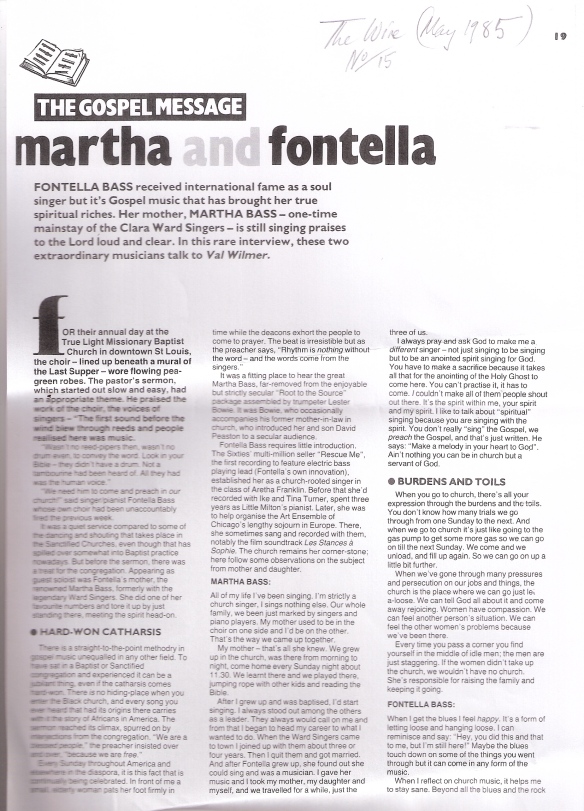 The Wire, May 1985, copyright Val Wilmer

The Wire, May 1985. Copyright Val Wilmer

September 2013: a hoarding outside Ronnie Scott’s famous jazz club in Soho features an ‘iconic photograph of Scott, enjoying a cigarette outside the London club … taken by renowned writer and photographer Valerie Wilmer’ – read more on http://www.telegraph.co.uk/culture/music/music-news/10270303/Ronnie-Scotts-tribute-to-founder.html and http://www.jazzjournal.co.uk/jazz-latest-news/636/redecorating-ronnies

Summer 2017: Val Wilmer talks about her life and photography at Cafe Oto:

Listen to it here:

Writings and photographs by kind permission of Val Wilmer, not to be reproduced by any means without permission. Please see our Copyright page for more information. 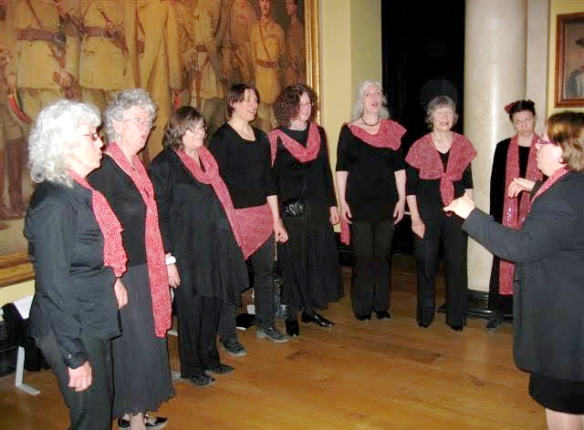 A group of a cappella singers who have been making music together for over 25 years. ‘We aim to bring a fresh approach to politics, combining an exciting and creative sound with intimacy, warmth and humour. The members of Velvet Fist are feminist and socialist and have come together through political activity to find a voice in music. We sing of struggle, liberation, peace and equality.’

Velvet Fist performs regularly and previous gigs have included performances at the re-opening of London’s Royal Festival Hall, the 150th birthday of the National Portrait Gallery, Tony Benn’s 70th Birthday Party in the House of Commons, Oliver Tambo’s memorial service with the ANC choir, a performance on BBC Radio 4 of Graham Knight’s haunting arrangement of the Red Flag and supporting Holly Near at the Raise Your Banners festival of political song in Sheffield.  The group also performed at the Various Voices festival at the South Bank in 2009, at a concert in support of Palestinian women in Camden in 2010 and at the Voices Now Festival at the Camden Roundhouse in 2011. ‘Our roots stem from the international struggle for socialism, trade union representation and the peace movement.’

Four albums: Green And Purple, The Gloves Are Off, Pulling No Punches and Everything Can Be Changed. 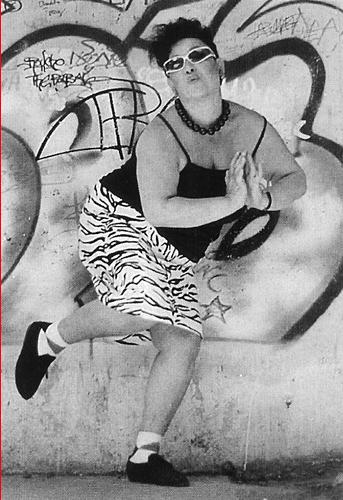 … ‘songs that explored sexuality and gender roles, usually from an anarchist perspective’ … ‘in her forties, a mother of two, playing and singing in the mixed band Poison Girls’ (Brighton and London 1976 ~ 1989/reunited at Vi’s 60th) … Vi ‘successfully broke every rock’n’roll mould that came to hand. A middle-aged, militant feminist, peacenik, anti-fascist, anti-capitalist punk!  … Vi’s impassioned exploration of female aging is unmatched in mainstream rock and the connection between personal and political, that Poison Girls dissect with razor sharp incision, has never been bettered.’

There are video clips of Vi Subversa, including the classic ‘Real Woman’ available on Youtube